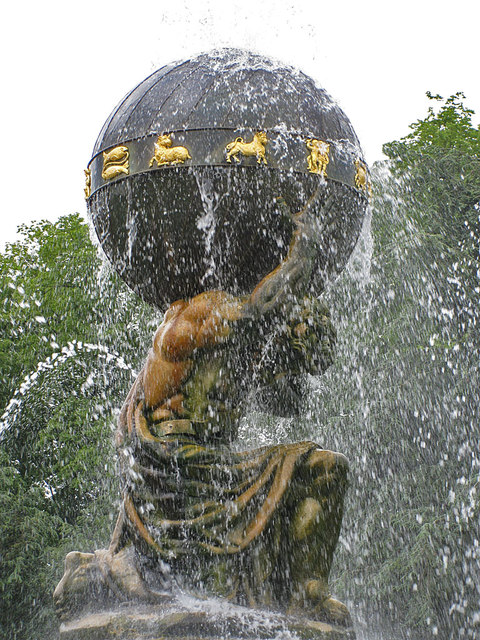 Since earlier this year, we had been suggesting that investment markets would witness a 2-3 month correction.  While we were a bit early in our call, the correction did indeed occur in Q2/2013.

Every major investment asset class declined from its peak, and nearly every single one had negative returns for the full quarter.  US equities were the only asset class to net a small positive return for the quarter, despite also declining from mid-May peaks (see Chart I below for Q2/2013 returns by Asset Class).

The Q2 selloff was triggered by the rapid rise of interest rates, as large fixed income investors began to dump US treasuries in anticipation of the Federal Reserve Bank’s eventual taper of quantitative easing later this year.

There were many ripple-on effects from this rapid interest rate rise.  For example, U.S. equities and global commodities declined on fears of a profit and economic slowdown due to a higher cost of capital.

Foreign and Emerging Markets not only participated in economic slowdown anxiety, but the rising dollar made their holdings worth relatively less when priced in their foreign currency.

And finally, fixed income was directly hit as there is a negative relationship between interest rates and bond prices.

When all was said and done, Q2 was a time for markets to absorb the large price increases from the last 5-6 quarters, and to work off some of the excessive investor exuberance.

While there may be a little more choppiness ahead, the market environment now seems more conducive to risk taking, given the more balanced nature of investor sentiment after the selloff.

Heading into Q2, we defensively held a higher level of cash and diversifiers on expectations of a market pullback.  While our forecast of a correction was immediately realized in overseas markets, it took until mid-May to materialize in US equities, and wasn’t nearly as pronounced as we had expected.

For our equity allocations, we underweighted portfolios in foreign markets, which had already begun to correct during Q1.

In fixed income, we reduced our holdings and limited exposure to high quality / short duration investments.

At mid-quarter we received a signal that it was time to hedge markets for a potential decline, and consequently our Volatility Timing Model was triggered for Active clients.

Nearly every global asset class declined during Q2, so there was very little that worked on an absolute basis.  However, there were bright spots, including the following:

Our volatility model delivered a nice positive return for our Active Portfolios.

Q2 saw a sell-off in nearly all asset classes.  The following were notable:

After 6 quarters in a row of increasing balances, we were due for a correction, and in fact had declines in portfolio values. We minimized losses relative to deep declines in most global sectors, but trailed US equities which outperformed for the quarter.

This can temporarily feel frustrating to domestically-focused investors, but it is important to remember that a globally diversified portfolio increases returns and dampens volatility over the long term.

One of our main focus areas is to protect client capital during potentially risky time periods.  Furthermore, one only knows in hindsight just how far markets will fall once they begin to decline.  Q2 was one of those risky time periods, and with the benefit of hindsight we see that our risk-off approach was spot on globally and possibly a bit too cautious with US equities.

Looking Ahead to the Second Half of 2013

“Currently, investor sentiment is extremely bullish, which typically is followed by a near-term cooling off period of 2-3 months.  As such, we expect US markets to decline in the near-term by 5-10%.  Thereafter, we believe this bull market will run up further, with an explosion in US energy exploration, a rebound in housing and consumer spending, and undervalued stocks internationally.”

So we did get a 5-6% correction, but it took longer than expected to arrive, was a bit shallower than we estimated in the US, and was accompanied by a much larger 10-20% correction in asset classes outside of US equities.

We are currently either in the middle, or very near the end, of the global market correction, and are quite excited about the prospects for returns going forward.

Much of the excess investor enthusiasm has been burned off, creating a more attractive environment to put risk on in portfolios.  However, we are not yet at the perfect point where we see the “all clear” signal.  Additionally, there are potential headwinds from lower government stimulus and a slowing China.

As a result, we have begun adding risk back to portfolios, including higher US equity allocations, renewed exposure to Emerging Markets at prices 15% lower than where we had previously sold them in Q2, and new fixed income positions that have come back down into our target yield purchase zone.

However, it will require a bit more consolidation and/or downside in US markets to get sentiment down to levels where we will have a more ideal setup to get fully invested. Stay tuned….as there is the potential for a very attractive investment environment during the second half of 2013.