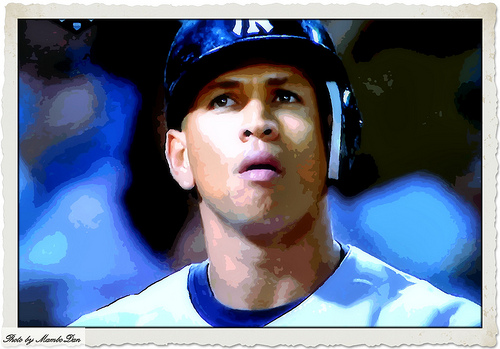 There are lessons to be learned everywhere, including behavioral lessons from the New York Yankees.  In 2007 the Yankees signed A Rod (Alex Rodriguez) with one of the richest contracts in history.  It was a 10 year contract worth $275 million.  This may sound absurd but A Rod was on track to beat the home run record, and lead the Yankees to multiple World Series.  If he lived up to his potential he would be worth every penny and then some.

Unfortunately for the Yankees, that is not what happened.  Instead it has played out like a drawn out, depressing drama.  A Rod has since become injury prone, and his hitting success faltered to the point where he was benched in the last two games of the 2012 season.

Now the Yankees have a decision to make.  They can keep him and try to make it work at a cost of $114 million over the next 5 years, or they can trade him.  If they trade him they will have to make up the difference between what the trading team pays him and his contract.  For example if the other team pays him $5 million a year, the Yankees are on the hook for the extra $89 million.

What would you do?

This is an example of one of the most widely abused behavioral economic fallacies known as the sunk cost fallacy.  The sunk cost fallacy is simple.  When making a decision you should not take into account your time or money invested.

For an example let’s say you buy a movie ticket for Friday night.  After you purchase your ticket your friend invites you to a party that she is throwing.  On one hand you have already purchased a ticket to the movies but on the other you will have more fun at the party.  Be honest with yourself, would you go to the movies or the party?  Statistically most people would attend the movie.

The correct answer is to attend the party. You should not take into account that you have already bought the movie ticket in your decision making process.  Of course this is not what most people do.

The majority of people will forego their friend’s party to go to the movies simply because they have already bought the ticket.

The Yankees have yet to make up their minds about what to do with A Rod next year, but when they do we will see how well they understand the sunk cost fallacy.  No one is immune to this behavioral mistake, but those that understand it and recognize it will make better decisions leading to more success and more fun.