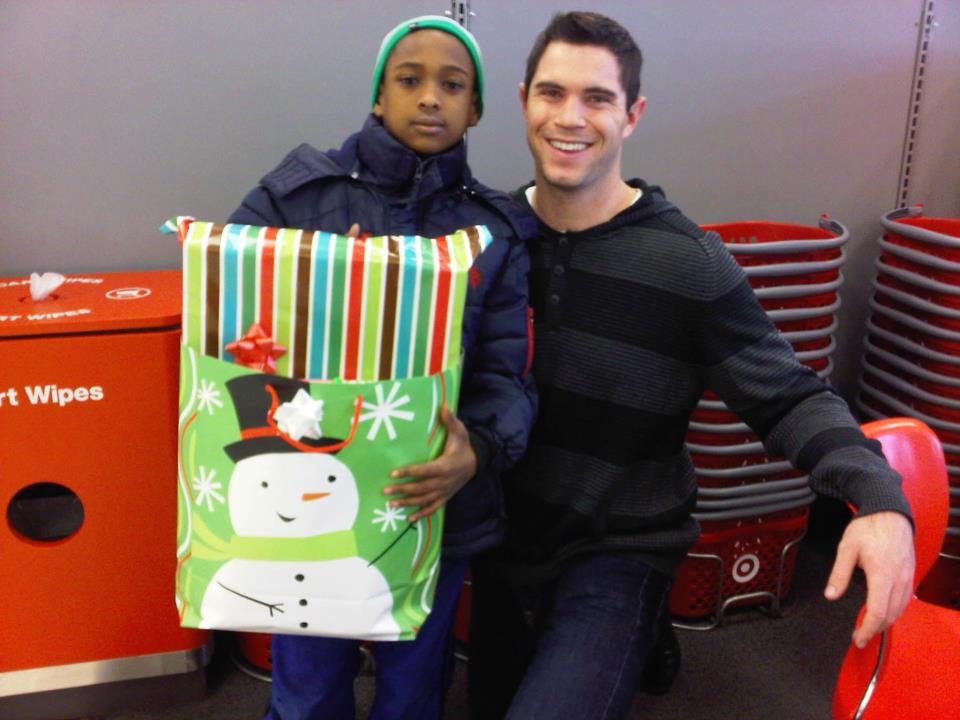 I picked up ‘Dan’ (name withheld to protect identity) at 6:30 in the morning on a Saturday.   He’d been looking forward to the day’s activities so much that he said he’d barely slept the night before. Regardless his eyes were bright with excitement, and away we went…

I became a member of Denver Active last year to help kids like Dan.  As the old adage goes “kids are our future”, they all deserve a chance to reach their full potential.  Denver Active puts on four fundraising events a year and each one sells out.  The money goes to underprivileged and at risk kids in the Denver community.  Last year the group raised over $1 million.

My favorite event is Christmas for kids, which is where I met Dan.

We chatted on the car ride over and I was reminded of why I spend so much energy helping kids.  For Christmas we each take an underprivileged and at risk child to Target so they can each shop for themselves and their families at Christmas time.

I asked Dan what he wanted to get and his answer floored me. Rather than getting toys for himself he expressed that he wanted to get presents for his parents because they never receive them… remember, this is an 8 year old kid.  He went on to say that he had everything that he needed and will get a few presents from neighbors and friends, but that his parents never get Christmas gifts, and this was his chance to get them something.

We arrived at Target and the pressure hit.  We were surrounded by aisles of toys in every color, helicopters, action figures and games.  Amazingly he resisted the temptation and we walked straight past the toys into the women’s aisle to get his Mom a nice ring, then to the men’s aisle for his Dad.

Given the opportunity to get whatever he wanted for Christmas, he chose to get things for his family over himself.   In fact he never once reconsidered and he never even walked down the toy aisle.

The entire way back we talked about his gifts and how excited he was to give them.  His biggest worry was not being able to wait to Christmas to give them away.

Dan reminded me of what Christmas is all about, and why we raised all that money.