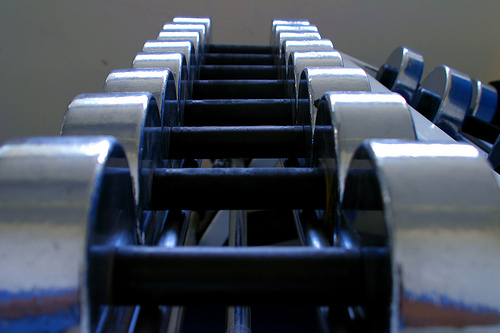 Equity Markets rose across the board during Q3 despite challenging economic numbers globally.  Central banks in the US, Japan, and Europe all continued to flood the market with liquidity, in an attempt to help boost a fledgling recovery.

Consequently, currencies continued to be devalued, interest rates continued to fall, and investors were strongly “nudged” into equities.  US 10-year treasuries now yield 1.5 – 1.75%, whereas US equities issue dividends greater than 2%.

Since the 1950s, interest rates on treasuries have almost always exceeded equity dividend yields to compensate for not providing the growth potential from profits that equities offer (see Chart I below).

The US Federal Reserve has been the most aggressive, driving US markets relatively higher than elsewhere.  Conversely, China has tightened policy over the last 18 months to ensure a more realistic recovery.

The net paradoxical result is a US equity market within 10% of its 2007 market peaks while the Chinese market remains nearly 67% down from peaks.

As central banks drive rates to such artificially low levels, they have forced investors to seek better yield elsewhere, driving equity markets higher despite   weak economies.  The US Federal Reserve has been the most aggressive, driving US markets relatively higher than elsewhere.

Conversely, China has tightened policy over the last 18 months to ensure a more realistic recovery.  The net paradoxical result is a US equity market within 10% of its 2007 market peaks while the Chinese market remains nearly 67% down from peaks.

Great for the US, right?   Well, it’s a bit more complicated.  In providing its massive liquidity, the US Fed has accumulated more than $2 trillion of debt.  Additionally, while US-based equities have risen, our economy has struggled to rebound, and when it does, it will be difficult for the Fed to unwind its positions without losing money.

Meanwhile, China is on a more steady growth path economically, and we believe that long-term equity returns in China will revert back to large outperformance relative to US equities.

Heading into Q3, our indicators suggested that US equity markets were undervalued and could rally strongly before potentially overheating late in the quarter.

Our continued EM bullishness was driven by significant valuation discounts and continued room for monetary policy easing on low inflation.

Outside of equities, we stayed overweight high-yield bonds, initiated a small position in Ginnie Maes, and remained short US Treasuries.

Finally, we continued to hold alternative funds (e.g. merger-arb), instead of overvalued US Treasuries, as ballast against any potential stock market declines.

We were generally correct on all fronts as most major markets rebounded.  Exceptions to our forecast were European markets rebounding more strongly than expected, and a US market staying strong through the full quarter without a meaningful overheated pullback.

Q: What Worked in Client Portfolios?

Our long positioning for the Q3 time period provided lift to portfolios, including the following areas.

The following areas under performed:

Despite numerous unexpected turns in the past three years, portfolios continue to march higher, albeit they have yet to realize their full potential due to our global allocations which remain subdued.

It is becoming quite evident that politicians and central banks are continuing to affect the markets like never before.  In the near-term, fundamentals appear to be less important relative to policy decisions.

Consequently, we remain incredibly vigilant in managing your portfolios, and remain a bit cautious in our asset allocations while still riding the current trend higher.

Playing a Short and Long Game

Furthermore, years of presidential elections have highly favored rising markets in Q4, especially if the incumbent ends up winning (which currently looks probable).

However, of the six instances when the market went down in Q4, two of those times witnessed declines in excess of 20% (once in 1929 during the Great Depression and once in 1987 during the “Black Monday” stock market crash).

How will Q4/2012 play out?  Despite positive seasonal trends, we have some major economic worries to contend with, such as the fiscal cliff that is scheduled to hit in early 2013.

However, the largest factor may be the Federal Reserve’s launching of a third round of quantitative easing (QE3), in that markets rallied aggressively after previous QE announcements.

As a result, we have positioned portfolios in a reasonably aggressively manner, looking to ride the current trend higher, while not taking a full 100% risk-on position. We have also initiated a number of tight trailing stops to lock in profit if the market moves sharply to the downside.

Finally, we are monitoring our hedge models very closely in case we need to protect portfolios anew.  Despite all the positive seasonal trends and Fed QE3, markets are a bit overheated near-term.

Looking at long-term opportunities, we have discussed an anticipated resurgence from China and other emerging markets for a few quarters now.  One potential catalyst could be the November 8th, .once-in-a-decade transition of power in China.

China has tightened their economy ahead of the transition to contain inflation and lower expectations.  However, we believe they will stimulate the economy post-transition, in order to get their new leaders off to a good start.