The Mathematics of Not Losing (Public Market Update) 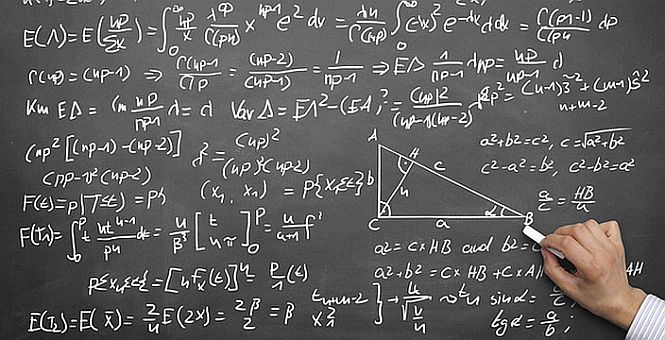 As we have been writing about for a while now, the global bear market continued in earnest during early 2016.

What began in the commodity space during 2014, moved to foreign equities, and has now landed on US shores.

Since market peaks in mid-2015, US equities are down as follows:

However, the majority of valuations still remain incredibly elevated (see Chart I below).

What they do imply is that there is little margin for error.

Once downtrends begin, the momentum buyers leave the game…

…and when valuations are too high, the value investors won’t show up until prices are far lower.

We continue to monitor key market indicators, and remain well perched in the cautious camp.

This remains a time mainly for caution, not for risk taking.

How to Win Big in Bear Markets

While our tactical models avoided major losses in commodity markets and overseas, we missed out on some late inning US market gains during 2014 and early 2015 (these have nearly all been retraced now).

When indicators reach overvalued and overheated levels, our discipline requires us to exit markets.

No system is perfect, ours notwithstanding.  So timing can’t ever be exact.

However, missing out on some minor late bull market gains is far better than having one’s portfolio decline significantly in a bear market.

This loss avoidance is key to our tactical model out-performance.

The reason why is the mathematically exponential rate of return required with ever increasing investment loss.

Bear with me for a second while I translate that into English.

An exponential curve is one that declines at an ever more rapid pace, the further out you go. 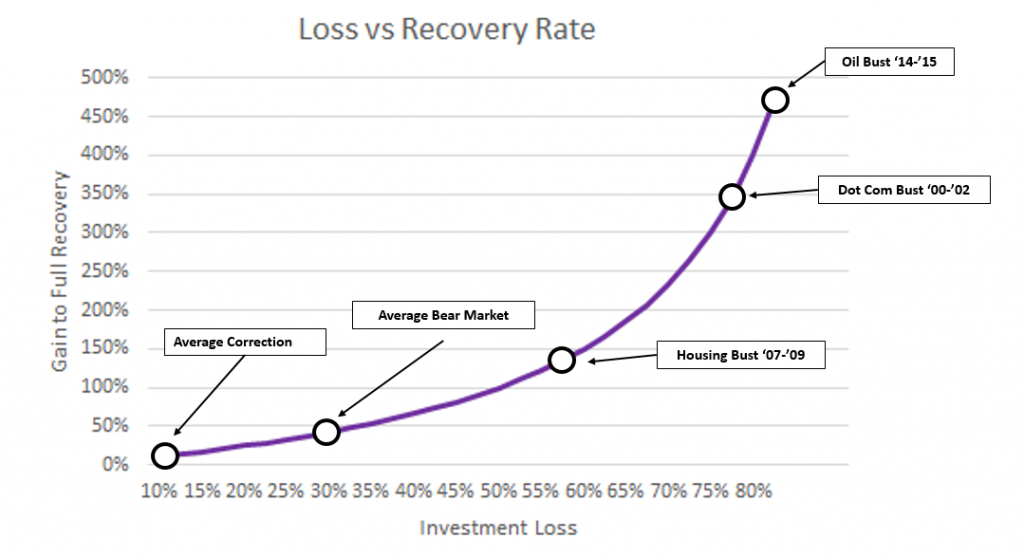 Now, if we don’t think those can happen today, consider that oil has just declined from highs in the $150s per barrel to a recent $26 per barrel, an 83% decline.

That 83% decline would require a 470% return just to get back to break-even….and it just happened!

So, here’s the secret sauce.

Even if one misses miss out on the last 5% or 10% of a late bull market rally, the key is to not be invested when a major bear market arrives.

By avoiding the majority of declines, one only has to capture a portion of the next bull market in order to out-perform simple indexing.

Read the section below to see how we are doing this today.

With US markets overvalued in the 60-70% range, we came into 2016 conservatively positioned.

As markets decline in early 2016, our conservative portfolios significantly out-performed.

For tactical portfolios, we remain heavily in cash, alternatives, and hedges….resulting in very limited losses or in some cases modest gains.

For our more fully invested portfolios, we simply declined by less due to our more cautious sector investment selections.

With all that said, we have also begun to find some opportunities in areas of the market that have been decimated.

As an example, with oil having dropped down to $26 per barrel, we found some very attractively-priced investments in energy infrastructure funds called MLPs.

MLPs are currently paying out 6-7% dividends.

Additionally, we expect to generate a nice capital gain from a very modest increase in oil back to the $50s in the years ahead (which would still be down dramatically from high).

The above heavily illustrates the benefits of avoiding major declines, and then getting back in at low levels when you have cash and others don’t.

We look forward to keeping you updated with ongoing market developments, and we will continue to work hard daily to protect and grow your wealth.