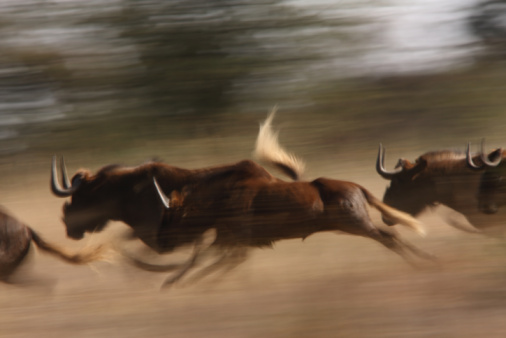 We are once again sounding the alarm that markets have become overvalued and overheated (see valuation metrics below in Chart I).

The latest evidence includes not only overvaluation in markets, but also insiders at companies selling at record levels while the retail herd is getting more fully invested.

While overseas markets have had more valuation-appropriate advances, US equity markets have been at overbought levels of sentiment for longer than any historical precedent in the last 20 years.

More concisely, US equity markets are absolutely due for a correction.

Below are excerpts from recent letters written by well-known asset managers, who employ long-term value strategies similar to ours:

“The market has now re-established the most hostile overvalued, overbought, over-bullish syndrome we identify. Outside of 2013, we’ve observed this syndrome at only 6 other points in history:

We share these quotes from other seasoned asset managers as it is useful to know that there is a smaller subset of successful investors that adhere to these time tested valuation principles, while the masses continue down the buy high / sell low path.

Another famed investor, Steve Yacktman, has outperformed equity markets over the last 20 years, but suffered 90% client withdrawals when he refused to chase the dot-com bubble in ’00-‘01 and consequently underperformed at the peak.

The clients that left got subsequently pummeled, while those that stayed benefited tremendously during and after the selloff.  In the end, the strategy should be one that is easy to follow, as it limits absolute losses, at the expensive of the euphoric gains near a market’s final bull stages.

But, alas, the siren’s song can be incredibly powerful, and even the strongest amongst us falls prey to the excitement of the gains and the fear of missing out.

At LGA, we are value investors, not momentum chasers.

We are asset protectors first and foremost, and refuse to get caught up in the late inning hysterics of bull markets.

Our approach requires faith, patience, and discipline to wait for deeply discounted prices after sidestepping the inevitable major declines.

We are here to protect your wealth, and to invest it when the price is once again low enough to ensure attractive future returns.

Q: So why is it that retail investors are flocking back into equities? And why is it so important to not get swept up by the bullishness?

Investors should be doing the opposite, but instead they follow the herd, selling into the lows of late 2008 / early 2009, and buying back in now, as markets are reaching excessively high levels.

Of course you know the answer by now, as we discuss this topic ad nausea in our newsletters.  It is our fear of missing out (FOMO) and herd-like mentality that keeps us continually doing irrational things.

Sure, we all can agree that it is a good idea to buy low and sell high, just as it is good for us to eat healthy and exercise.  The problem is no one can do it.

We all have a hindsight bias, as well as a bias to performance chase and follow the crowd, kicking ourselves for not having made the right decision a week ago, a month ago, or even a year ago.

The trick to buying low and selling his is in having the psychological fortitude to do the right thing, even when so many others are not…and even when it seems wrong temporarily.

So, while you may get it logically, you are probably emotionally tired of us saying the market is overvalued, while watching it continue to climb.

For sure, hindsight is 20/20, and we did not expect the US market in particular to run so far up this year.  But, expensive is also expensive, and if one does not begin to protect at expensive levels, then what will be the signal that tells him/her to get out when it gets more expensive?  As the famous quote goes, “no one rings a bell at the top.”

Rather than harping on the exact right levels, let’s discuss the benefit of being conservative once a bear market begins, which will inevitably occur.

The major benefit of our approach is a relentless focus on absolute returns through limited draw-downs.

There are two major killers of long-term returns (hint, the major killers are not catching every last bit of return in a bull market).  Let’s take a look at these twin wealth killers.

Killer #1 is performance chasing.  Killer #1 is so easy to fall victim to because it is in our human nature to assume future results will trend in a similar manner as recent historical results.

As a result, investors look at what asset classes, strategies, and managers have performed well in recent history, and then reallocate  to those strategies, thinking they are “better” and will improve results.

This can be as tame as moving from a global portfolio back to a US portfolio after the US has done well…or it can be as big of a move as going heavily to cash after a large market decline (selling low because cash had been working better), or buying into a market at or near its top (because equities had been working well).

Performance chasing is an absolute killer, as the very next time period often does not mimic the previous time period, and in fact, it often reverts back to the opposite result.

A 2010 Morningstar study showed that 72% of new client inflows went to 5-star rated funds (their highest possible rating).  The problem was, in the 10 years following the 5 star rating, 98.4% of those 5-star funds lost their 5-star ranking as they underperformed.  Performance chasing is Killer #1!

While we often discuss Killer #1 in our newsletters, there is another long-term wealth killer.  Killer #2 is the amount of gain that is required in a portfolio after a significant loss has been taken.

What people don’t realize is any portfolio gain is dwarfed by a like-sized decline.  For example, a 50% decline is much larger than a 50% gain, as a 50% decline requires a 100% gain to get back to break-even (see Chart II below).

As a result, if one can miss out on the majority of the declines, then only modest returns are required during bull markets to outperform…while all others are struggling to get back to break-even.

This little known secret (which is honestly just simple math), is why the great investors have always been ok with missing out on the last returns of an aging bull market, in order to side-step the major declines of the ensuing bear market.

If you are comfortable with the concept, then carry on – we salute you.  If you are emotionally struggling with it, and somehow feel like you are missing out, we ask you to hang in there, or give us a ring to talk about it.

Nobody can perfectly time every single market top or bottom, and we are no exception.  But the one thing we can predict with certainty is that the market cycle always repeats itself, up and down.

When it finds its way back down this next time, we’ll be well positioned to buy in at more reasonable levels.  It has always happened in the past, and it will always happen again going forward.