The Start of a Global Bear Market? – Part II 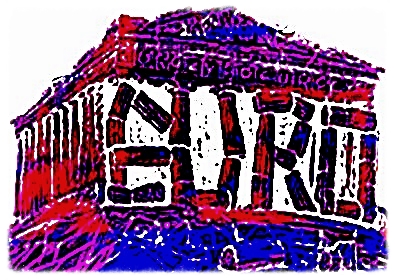 In December 2014, we wrote an article titled “The Start of a Global Bear Market?” suggesting the possibility of an upcoming decline.

At the time, global benchmarks began declining in aggregate, despite the US equity and real estate markets remaining somewhat resilient.

In Q2/2015, US equity and real estate joined the decline as well, with only commodities offering a slight positive bounce after a horrendous decline in 2014 (see Chart I below for specific asset class returns).

As of this writing, even commodities have given up all of those Q2 returns in the first few trading days of Q3 (not in chart below).

There were three main drivers of results in Q2/15:

By far the largest driver was a long-awaited rise in interest rates, negatively impacting asset classes sensitive to such a rise.

Rate increases also had a negative effect on equities, as their relative comparison to newly-issued fixed income became less attractive.

Another driver of return was the drop in Chinese equities, declining 35% from the peak in under a month’s time!

This is an example of how quickly overheated markets can drop when sentiment turns and people rush to exit.

Finally, renewed discussion of a potential Greek default, and possible exit from the European Union (“Grexit”), weighed on investors who looked to reduce risk of possible contagion by reducing equities in portfolios.

With major drops in commodities and in China (#2 economy behind the US), and flair-ups kicking in around real estate and fixed income, the coming global bear market may be further nearing or already underway!

For the past few quarters we have been highlighting the overvalued and overbought state of US equity and fixed income markets.

In late 2014, the long-running bull market started going sideways, and in Q2/15 almost all assets began to decline.

While larger declines occurred in assets outside the US (Energy, Chinese stocks, Real Estate, etc), domestic equity markets have held on for only modest declines so far, albeit with many underlying sectors starting to decline in more earnest.

We expect US equities to shortly join the declines in greater earnest.

Consequently, we have been holding lower levels of risk assets such as equities, commodities, and real estate, while holding higher levels of cash and hedges against potential declines.

In more normal environments, cash would earn interest income, but in today’s 0% interest world, cash is best held temporarily when all else looks expensive.

For more conservative clients, our unconstrained bond funds were able to outperform the benchmark, with their ability to go short the market.

We have been in this sector for a while now, hedging against a rising rate environment that began playing out in Q2.

In equities, we had a number of emerging market picks that generated positive returns before we sold them for a profit at value stops.

Since being sold, they have declined significantly.

For example, we were able to generate a positive 13% return in China before stopping out, after which the market subsequently dropped over 30% while we were in cash – a big success in making a return while missing out on the major decline.

The biggest detractor to portfolios was the usage of portfolio hedging.

Our volatility hedging strategy tends to spike higher when US markets decline rapidly.

Until that occurs, however, the position is similar to an insurance contract that costs us the premium paid, but whose benefits have yet to be realized.

For aggressive clients, we also had a few individual stock choices that declined on a negative impact from exports due to the rapidly strengthening US dollar.

While nearly all portfolios had flat to slightly negative returns for the quarter, results were mixed relative to global benchmarks.

Tactically, we continue to believe that caution is warranted.

However, as the declines unfold, we are nearing the long-awaited moment when assets become undervalued and we can redeploy excess cash.

See the following section and our “Private Investment Update” for places we are using excess cash today, or anticipate doing so shortly.

Getting Ready for Cheaper Prices Ahead

As mentioned earlier in this article, avoiding major declines is critical to preserving capital.

While US markets have yet to fully join the fray, there have already been some major declines from recent peaks (see Chart II below): 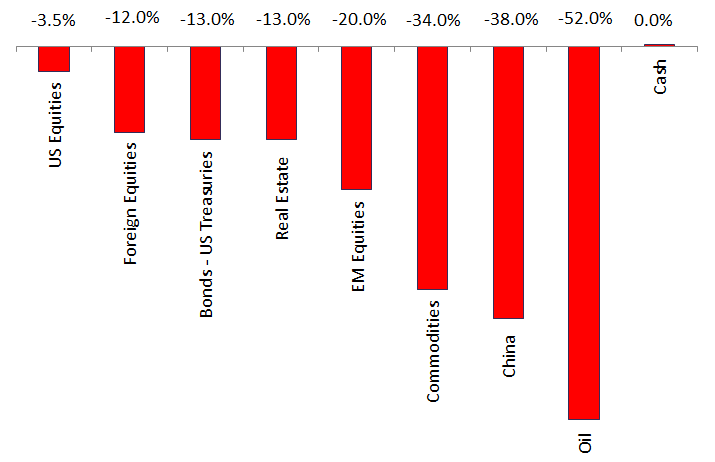 After avoiding losses, the second part to this story is that we will finally get a chance to reinvest excess cash as assets become cheap enough.

For tactical strategies, we will redeploy sidelined cash once consolidations occur for safer re-entry points.

For fully invested strategies, this is our chance to rebalance portfolios, buying assets that have dropped while selling ones that have not.

It is important to have a very diverse set of assets so that some can go up when others go down (simply buying a number of products doesn’t help if they are all correlated to each other – diverse must mean uncorrelated).

We have asked tactical clients to be patient now for a while, and are excited at the prospects that far cheaper prices may be around the corner (exact timing TBD).

We successfully launched our Private Investment program in late Q1/2015, answering a key client question, “Where do I put my excess cash to work, while waiting for overheated public markets to come back to earth?”

Since the program’s introduction, accredited LGA clients have begun investing in private opportunities.

8% payouts have already begun for investors in the Thrive @ Ballpark direct opportunity, and the Trico III fund and GPB Holdings / Auto funds will begin paying out to client TD Ameritrade accounts in Q3/15.

We will conduct our first quarterly update webinar in late August, along with a new recommendation.