The Yin and Yang of Global Market Declines 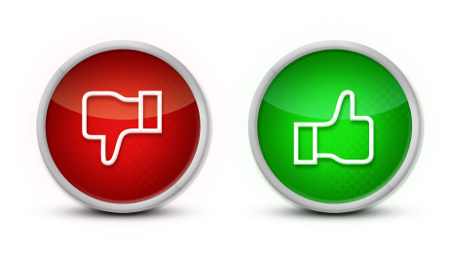 We have been writing for a while now about the developing global bear market, starting overseas and now moving closer to home.

For those who live outside of the US, there is nothing slow about current declines, which have decimated global markets by 20-40% depending on which country you live in.

And for those in the US tied to commodities industries (energy, materials, agriculture), recent 50%+ declines have also likely strained life in a major way.

Oil-industry jobs have been cut in mass, materials companies like Alcoa are having to restructure and layoff workers, and farmers are struggling to deal with drastically declining prices.

Finally we are starting to see wider US equity markets participating in the declines as well (see Chart I below).

As we have highlighted before, there are a number of factors causing these declines.

By far, the largest factor has been an absence of solid growth and investment due to excessive levels of debt in developed countries such as the US and in Europe.

Countries have long borrowed from the future to live for today.  Consequently, funds are diverted away from investments and growth; and instead, are used to pay off old debts.

Most of us have felt this same pain at one time or another in our lives.  We may have worked hard for months or years to pay off a large credit card bill or student loan, without any leftovers to enjoy, let alone invest in productive endeavors.

This is exactly what is happening in many major public sectors, nations, and entire regions like the European Union; only the debts are so large that it is difficult to make any progress paying down the principal, let alone the interest.

The only real remedies are austerity (buckling down, living modestly, and paying off the debts) or bankruptcy.

As painful as these remedies can be, they eventually result in a healthier financial picture.  One where there is little or no debt; one where investment and growth is possible.

Unfortunately, central governments around the world have chosen to avoid the problem, while central banks have enabled politicians by keeping interest rates artificially low.

With interest rates at these unnaturally low levels, developed countries continue to take on more debt, falsely assuming that they can afford the interest payments.

When interest rates normalize (rise), it will all eventually come to an end.

We are already seeing a  slow growth environment starved of critical investment capital.

Eventually, this will be followed by a downward spiral in the public sector as the debt servicing becomes unsustainable, and countries no longer are able to make their interest payments.

We would all like an easy way out, but interest rates can’t stay low forever; and even at low rates, the economy will continue to struggle with US public debt now increasing at a rate of $1.9 billion per day!

Eventually, the day of reckoning will be upon us.

But there is good news, as well (Buying Opportunities)!

You might be thinking, “Where is the silver lining?”

With each crisis, a new opportunity arises; and with each change in market direction, there are positions in a portfolio which can help generate returns.

As an example, volatility in US markets has been extremely low these past three years (meaning, it is cheap to buy portfolio insurance, known as volatility or VIX hedges).

As the market peaks and begins to decline, this inexpensive hedge begins to rise.

At first, the increase is modest, but if markets continue to decline, this hedge should spike up dramatically in price and can be harvested for nice gains.

Other parts of the markets have also become far cheaper during recent declines.

Energy investments have declined 50-60%+ in the past 6-12 months, gold has come down 40%+, and emerging markets are becoming far more affordable after a recent 20-40% plunge.

The key, thus far, has been to avoid the major declines when they happen.

When these sectors stop declining and begin consolidating, it will finally be time for us to reinvest in them at far more attractive prices.

Lastly, select private markets are offering very attractive opportunities relative to public markets, and we continue to source and offer these to our accredited clientele.

In summary, we are finally starting to see a growing number of asset classes reach more attractive valuation levels…which is the yang to the market decline’s yin.

LGA tactical portfolios have been highly conservative for the past 12-18 months, avoiding major losses in global markets while missing out a bit on the late stages of the previous US bull market.

In Q3/2015, this conservative positioning was once again rewarded handsomely relative to global market declines, while also benefiting relative to US markets which declined in earnest as well.

Excess levels of cash were stable and our VIX hedging produced positive returns.

We did have some losses in energy MLPs and gold.

We recently added to these assets at inexpensive valuations, but they had not yet begun to rebound at quarter’s end time (they have begun rebounding in early Q4, but those are not on current quarterly reports).

With that said, we are now invested in these sectors at very attractive valuation levels; and we are anticipating solid expected long-term returns.

The net-net results were twofold:  far lower relative declines in our tactical portfolios, and reinvestment of some idle cash into very attractively valued areas.

For emerging, global rotation, and index portfolios, we were more in line with market indexes given the nature of the fully-invested approach that our clients have chosen.

Going forward we continue to play defense, with a sprinkle of offense.

Given prevailing market conditions, we continue to play a strong hand of defense in our tactical portfolios, including high levels of diversifiers, cash, and VIX hedges.

As mentioned earlier in this post, we have also started to play some offense, nibbling on assets that have already declined heavily; and we will continue to selectively do so if and when other overpriced assets decline.

Our approach is disciplined in buying low and selling high, even if we occasionally have to endure episodes of market euphoria and missed returns while we are more conservative with our portfolios awaiting bear markets.

We also continue to source conservative and income-producing private investments for our growing family of accredited clients, helping to supplement public market returns in good times and bad.

We are now at nearly $7 million of client funds invested in a variety of private investments, with current dividends ranging from 5-12% per year.

Eventual payouts will further increase as the fund’s value-add strategies are realized over time.

As always, we encourage you to pursue life’s dreams, while we help protect and grow your wealth over time.